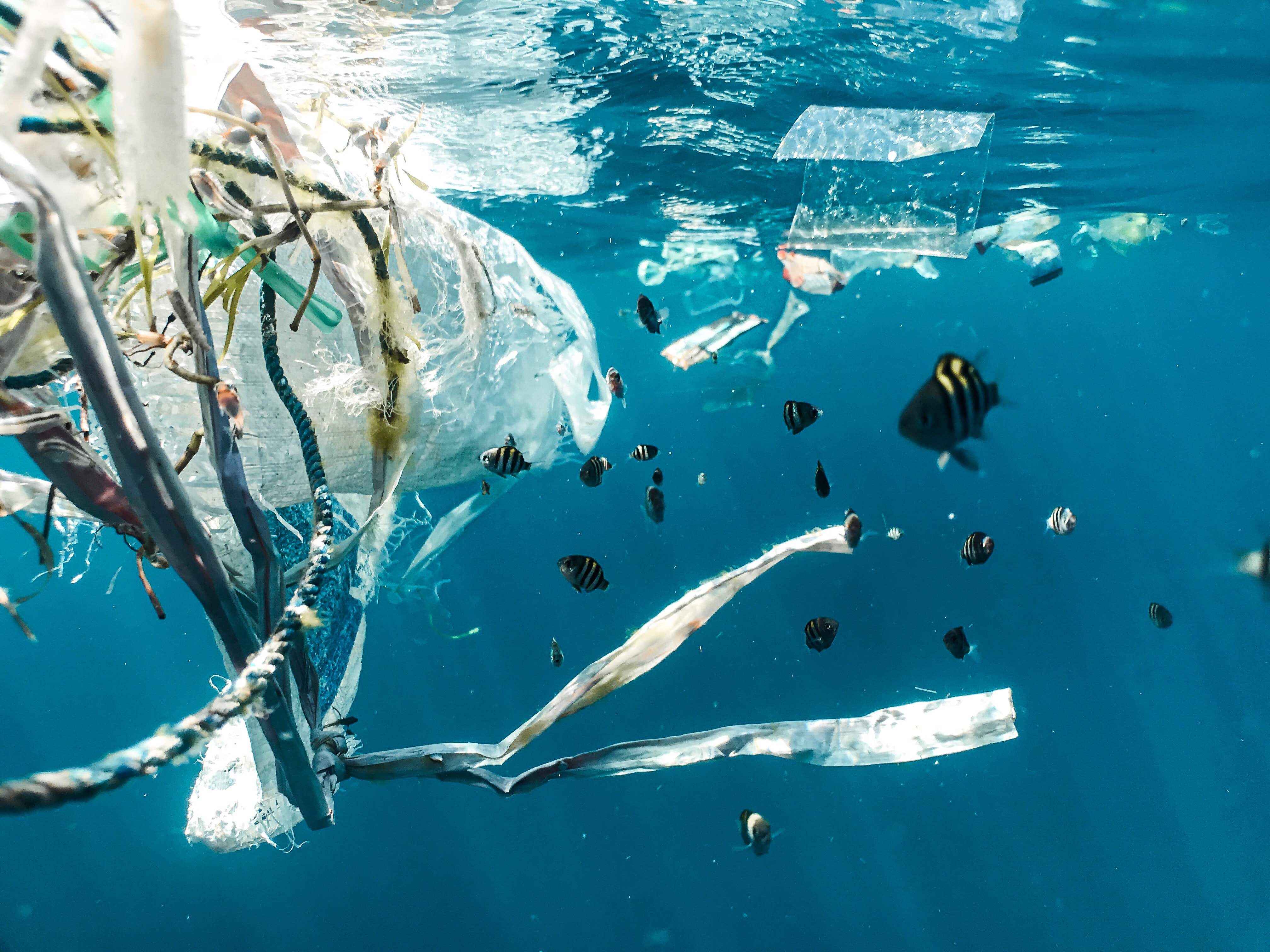 The ocean clean up

A common statistic floating around (no pun intended) is that plastic is set to outnumber fish in the oceans by the year 2050. This plastic didn’t just appear overnight, and the task of cleaning it up is Herculean. It also first and foremost requires us to stop the problem at the source – land. In this blog post, we explore four land- and water-based initiatives that are tackling the problem of ocean pollution, a key component of climate change.

How did we get here?

Covering an area roughly three times the size of France and floating between Hawaii and California (Smithsonian Magazine), the Great Pacific Garbage Patch is unmistakable proof of our plastic problem (and an unparalleled metaphor for the idea “out of sight, out of mind”). A 2018 study revealed the patch contains about 79,000 tons of plastic, which for reference is five-and-a-half times as heavy as The Brooklyn Bridge.

According to National Geographic, “80 percent of plastic in the ocean is estimated to come from land-based sources, with the remaining 20 percent coming from boats and other marine sources,” namely fishing nets. This goes to show that the less-than-sustainable actions we take every day on land have a tremendous impact on our seas. And as those of you who streamed Seaspiracy know, that’s hugely problematic for people (not just fish).

Fortunately, the following four organisations and social enterprises have decided that enough is enough and are hard at work preserving our oceans for future generations.

Founded in Bristol in 2015 by environmental campaigner Natalie Fee, City to Sea is on a mission to “prevent plastic pollution at source”—aka land. The environmental organisation does this through a variety of campaigns raising awareness of reusables, plastic-free periods, and flushed plastic, “connecting our actions to our oceans” in the process. You can download City to Sea’s app “Refill” on the App Store or the Google Play store to help you locate participating cafes, restaurants, and other businesses that help their customers eat, drink, and shop with less waste.

Co-founded in 2017 by Francis Zoet, Saskia Studer, Anne Marieke Eveleens, and Philip Ehrhorn, The Great Bubble Barrier® is a social enterprise based in Amsterdam, Netherlands that is working to remove plastic from the environment “by clearing as many flowing inland waterways in the world from plastics as possible.” The startup is partnering with cities throughout Europe to install “bubble curtains” that create an upward current directing plastic to the water’s surface. The natural flow of the water then pushes the plastic waste into a catchment system where it will be processed for reuse. And not to worry—fish can pass through the bubbles safely, too.

Heading back to land, British charity Keep Britain Tidy is a veteran of community cleanup efforts in the UK. Initiated way back in 1954 by the British Women's Institute as a national anti-litter campaign, Keep Britain Tidy seeks to “eliminate litter, end waste and improve places.” Every spring, the charity hosts a “Great British Spring Clean” bringing together people across the country to pick litter. Stay tuned for this year’s Great British Spring Clean to get outdoors and get involved.

Making waves since 2013, The Ocean Cleanup was founded by Dutch inventor Boyan Slat, then aged 18. Having since grown to a network of 120 engineers, researchers, scientists, computational modellers, and supporting roles, The Ocean Cleanup “is developing and scaling technologies to rid the world’s oceans of plastic.” Since September of 2018, the nonprofit has been at sea testing their cleanup technology. In parallel, The Ocean Cleanup engineers have developed a vessel called the Interceptor™ to clean up rivers that feed the garbage patches the organisation is working to eradicate.

How you can get involved.

If what you’ve read above has left you feeling shocked, anxious, inspired to act – or a mix of all of the above – the good news is that there are several ways to get involved and make a meaningful difference.

At the risk of sounding obvious, the simplest thing any of us can do to help prevent ocean pollution is to take a long, hard look at our relationship with single-use plastics. Behaviour change can seem daunting at first, but there has never been a better time to adjust our actions. In our next blog post, we will be compiling a list of our favourite plastic-free items you can find in the UK to help with the transition. Another tip is to eliminate plastic from your home room by room, so as not to get overwhelmed.

Want to wear your activism? The Ocean Cleanup sells Casey Neistat-esque sunglasses made from plastic they’ve collected from the Great Pacific Garbage Patch. All proceeds from the sale of these specs is reinvested back into cleanup operations.

Would like to contribute to our blog? Get in touch at benjamin@biomeinvest.com

Get notified when we’re launching.

We have partnered with One Tree Planted to plant a tree for each new sign up to our waiting list.